Yeah, they do, Goats Just Wanna Have Fun ! 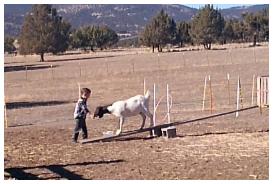 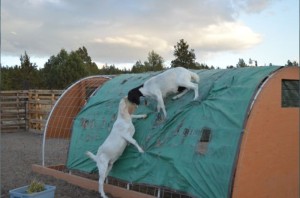 When most people our age are thinking about retiring off the farm a few of us are finally reaching our dreams of retiring on to the farm. We bought a little rundown farm with dryland pastures that have been so over grazed that they are just weed patches in the lower pastures. We have been trying to figure out how to restore the pastures, one neighbor plowed his under just to get even more weeds the next year.

We got goats to help renovate the pastures thru nutrient cycling and controlled grazing. When I have time I like to take them to browse the shrubs and trees on the East 40.

There are some native bunch-grasses on the property and I am hoping to get them re-established in the pasture.

Practically the only vegetative plants that can be found in our pastures are:

and a little bit of Bunchgrass   species unknown at this time